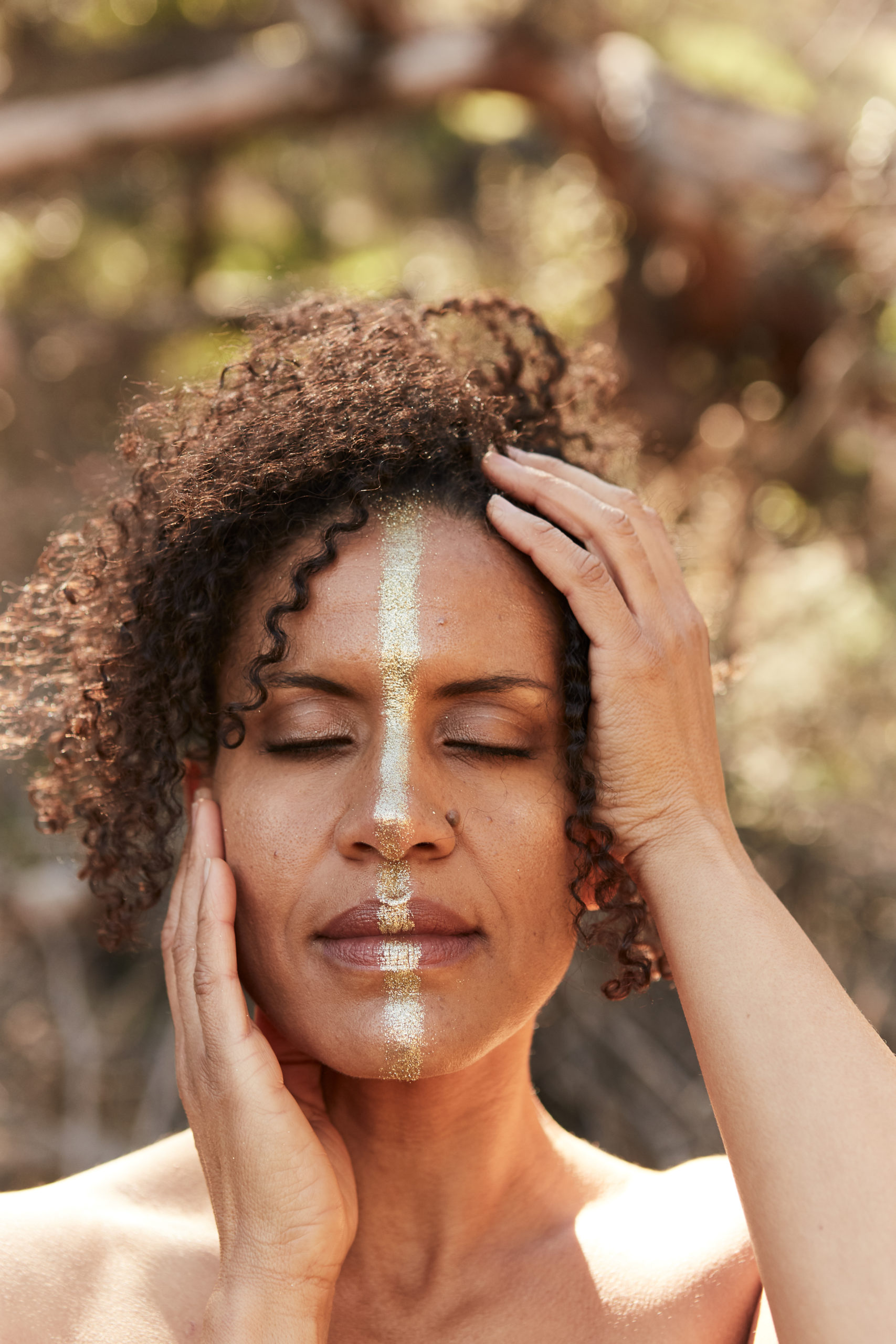 American award-winning singer Monique DeBose’s album ‘You Are The Sovereign One,’ released in September 2022, has received much attention and stellar reviews. Well, it might, for Monique has a unique voice. She studied under Rhiannon and Joey Blake who worked with the renowned Bobby McFerrin. Her work stems and blossoms from a unique and personal ideology that doesn’t shy away from addressing life’s many challenges and ultimately radiates positivity and light. Speaking about the creation of ‘You Are The Sovereign One,’ Monique explains, “I believe music is medicine – I make it to heal myself, and in turn, it can heal others. The feedback I have received around the songs on this album inspired me to create an experience unlike anything else- where women can come on a journey with me, inspired by these songs, to claim their personal sovereignty. So they can recognize and step into the royal power they possess.”

Songs such as the gospel-influenced ‘Human Condition’ have a spiritual nature. In contrast, the debut single ‘Damaged Goods’ has a more reflective tone, conjuring up a style in keeping with classic and legendary jazz singers, infused with a strong dose of R&B. The entire album has a sense of power, tempered with vulnerability.

Yet De Bose is not just a singer. She wrote and produced a heart-warming and disruptive one-woman show, “Mulatto Math: Summing Up The Race Equation in America,” which won a Producer’s Encore Award at the Hollywood Fringe Festival. She creates podcasts, mentors,  inspires and advocates for women’s empowerment. She is also a spiritual coach, speaking at prestigious events such as TEDx and The United Nation’s SDG Action Zones event.

Asn excerpt from her website states, “For the past 20 years, I’ve been on a mission to help women integrate all the parts of themselves; to turn their fears and insecurities into their strength; to express themselves fully and choose more for their lives.”

Her Press Kit says, “her work stems and blossoms from a unique and personal ideology that doesn’t shy away from addressing life’s many challenges and ultimately radiates positivity and light.” I wanted to find out what that means and what motivates this powerhouse of a musician. With so much happening and such a lot of vision, I decided not to review her latest album but to find out more about what Monique’s world was like, so I put some questions to her.

SS: can you give a brief insight into your musical journey thus far?

MDB: Music is my refuge. As a child, I would bring my powder-blue colored portable record player out to the backyard and roller skate to the sounds of the O’Jays, Donna Summer, or movie soundtracks like ET. As a pre-teen, my taste grew even more eclectic. I’d be in my bedroom listening to oldies, like the Beatles or Paul Anka on Kearth 101 or smooth jazz on 94.5 the Wave on the radio. As a teenager, I’d do my calculus homework in the attic while listening to Natalie Cole’s ‘Unforgettable’ with my friend on the phone, the Amadeus soundtrack, or my grandparents’ old Henry Mancini dinner music albums.

I convinced my parents to let me apply to the public music academy here in Los Angeles for high school. I knew I wanted to be on a stage singing songs that moved the audience, but I was too shy to let that dream be known. I hung on in the back of the second violins in the symphony orchestra for my entire high school career, knowing I wanted to be doing something different but not having the courage to.

I have always understood the power of music. At 17 years old, my friend gifted me a ‘(Nice Work if You Can Get It ) Ella Fitzgerald/André Previn do Gershwin,’ which opened a possibility for me. At that point, I chose to listen to that album for six hours straight – I couldn’t understand it in the way I knew it wanted me to. Something finally clicked, and I was hooked. I flirted with the idea of singing in public when I went to university at UC Berkeley. I met Joey Blake, a bass vocalist in Bobby McFerrin’s world-famous Voicestra. Joey introduced me to vocal improvisation, and I found my way into being a singer.

After college, I started going to open mics at jazz drummer Billy Higgins’ World Stage back in LA in the Leimert Park area. I joined the jazz trio of a high school friend and pianist, Richard Glaser. We played coffee shops all around LA in suits and gowns. We also played on top of helicopter pads on skyscrapers in downtown LA and the living rooms of some of the wealthy folk in the city. I learned the ropes of performing, being the front person, and seeing the vision before it manifested.

I began writing my own songs and started in cafes again to workshop them. Being able to express the ideas that were my own was empowering and allowed me to express a part of me I hadn’t yet been able to do in singing other’s tunes. I recorded my first album in 2005, with Brandon Coleman co-producing it with me. The album was titled, ‘Choose the Experience, vol. 1: Ready for Love.’ It lives in the neo-soul/ pop genre. The album led to promoters in Amsterdam bringing me over for performances around Europe. I recorded a second album, ‘Choose the Experience, vol. 2: Closer’, a year later, which included a mix of originals and covers, and the instrumentation was a traditional jazz trio, piano, bass, and drums. I went on to do residencies at some of the top bars/lounges in India and China.

There was another project in me after the birth of my two children, ‘The Sovereign One.’ It was seven songs that spoke to a woman reclaiming all of who she is. As women, we often compartmentalize ourselves to serve others’ needs, wants, and desires. This project was saying ‘no more’ to that – in all aspects of life – around being a woman, being someone with desires, being a woman of color, and being a Black person in the United States. This project was well received in 2018.

And then 2020 happened. George Floyd was violently murdered in broad daylight by an ‘officer of the law’ casually kneeling on his neck until he died. Ahmaud Arbery was murdered by entitled people who didn’t like that he felt free to exercise around town. Breonna Taylor. Elijah McClain. It was brutal. It was painful. It opened up a portal inside that knew I had more to say, that my voice was important and relevant.

I  knew there was more music in me that belonged to this project, so I wrote nine additional songs, which is the project you’re listening to today, ‘You Are the Sovereign One.’ My intention when I released The Sovereign One was to declare myself no longer bound by others’ expectations. After the racial reckoning of 2020, I knew everyone who heard my music needed to see that they, too, were sovereign unto themselves. Music is medicine – for me and for others.

SS:  Who influenced your music style, and who do you listen to now?

SS: How did you find and gather musicians to perform with you on this album?

MDB: The musicians on this project were a mash-up of folks I’ve known for a long time, people who were recommended because I was looking for a certain sound, and dear collaborators on the writing. Natalie Cole’s bassist, Edwing Livingston, was a friend. Kyle O’Donnell is a saxophonist with whom I played many a jazz gig. Fatima Williams sang backup for me – she is a dear friend and my colonic hygienist. Tom Moose – my dear friend from way back in the day, when we were both starting in professional music in LA. We went on to travel to Europe for the release of my first album. Thorald and Isaac Koren were my co-writers on many songs and are truly my brothers from another mother. And there were musicians I had never met in person. Some of the project was recorded during the height of Covid. It was all email, text, and listening to tracks together. It was a beautiful way to come together, and I’m grateful for every one of the musicians who said yes to sharing my music with the world.

SS: When you sing, do you feel vulnerable or empowered? What does music do to/for you?

MDB: When I sing, I feel completely vulnerable. Always. It can be experienced in two different ways, though. Sometimes the music takes over me. I surrender to what wants to come through me and absolutely love it. Other times, I feel insecure about how people receive my voice or what they experience of me as an artist- that also feels vulnerable. Feeling empowered is something I often feel when I’m sharing my music. The lyrics are inspiring and empowering and give me energy. I know it does the same for a lot of listeners. They tell me this. Also, using music to support people to see who they are, as I do through the group programs I run, empowers people to grow their nervous system so they can be more of who they are meant to be.

SS: The first thing that strikes you on your website is your advocacy for female representation. How do you translate these values into your music?

MDB: This is definitely what I am about these days. Not only female representation but women owning all of who they are. We are so compartmentalized and have been taught that we are here to serve and be ‘useful’ to man for centuries. Yes, we are collaborative beings, but not to the detriment of ourselves, our needs, and our desires. I believe we are only truly free when we are willing to own all the parts of ourselves. This tenant runs through everything I do – through the art I make, the music I make, the plays I write, and the programs I offer to clients. Every song I’ve written is about seeing myself more clearly, owning more of who I am, or giving myself the dose of medicine I’ve needed to be my authentic self.

SS: I seem to have read you had a health issue. Did this change how you viewed things, the music, and your career? How?

MDB: I was diagnosed with a desmoid tumor in my abdominal wall in late 2016. The solutions multiple doctors proposed did not feel right to me. I leaned into my work of spiritual psychology and chose to have a dialog with the tumor to find out what it was here to teach me. What I learned was so helpful. The tumor expressed that I had a great deal of creativity and art inside of me that had no outlet because I was afraid of hurting others, being shamed, or being abandoned. The tumor said since all that creativity had nowhere to go, it was the tumor. That shifted everything regarding how I viewed my music and art. It heavy-handedly encouraged me to share more of my truth. It has shaped how I approach my career and has helped clarify my intention in everything I do. I am grateful for this challenging experience in my life as it has made me clear that following and expressing truth is the only way for me to go.

Monique De Bose is a name I am certain we shall be hearing more of. Her support for women, her pragmatic approach to life and her inspirational, driven take on life is difficult to ignore. We could do with more like her. 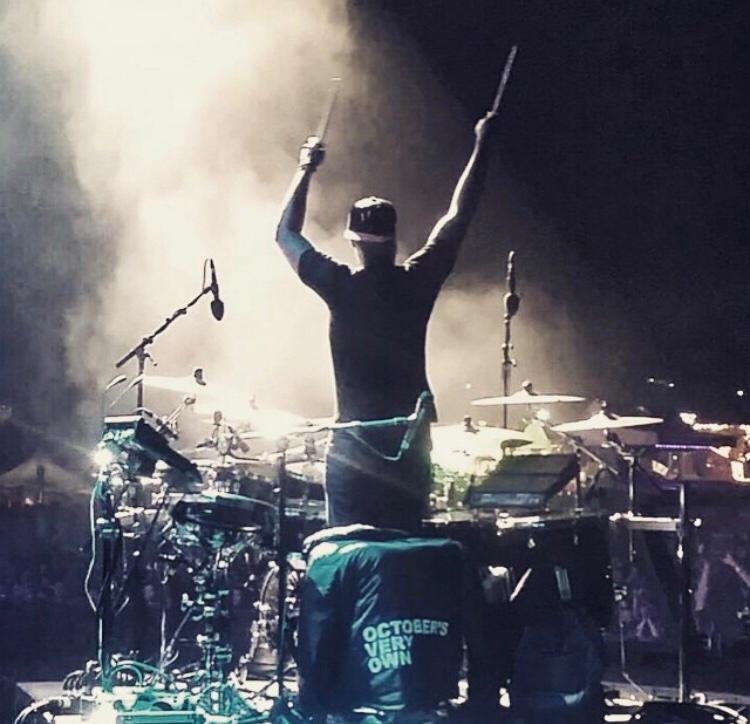 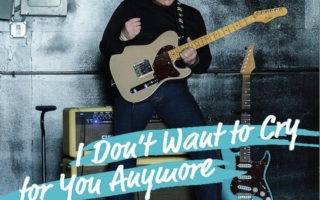