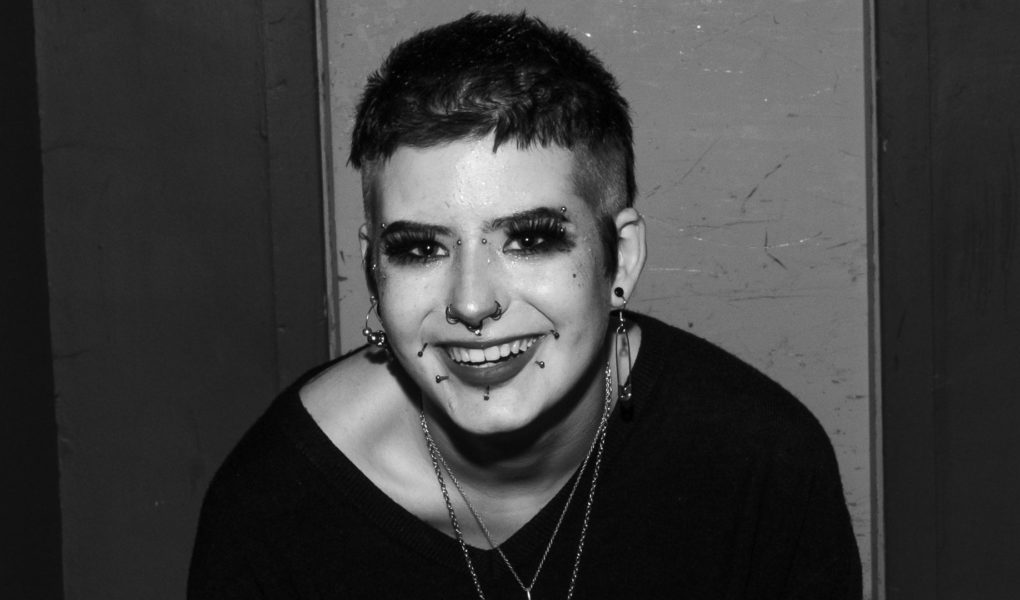 Congratulations on the release of “Happy (Mirtazapine)” how does it feel?

I’m high as a kite, contrary to the lyrical content which deals with the false perception of happiness provided by prescription drugs, I am genuinely content with my musical output so far.
And I just got a kitten called Panda, he’s so cute and I love him immensely which means I no longer have time to be sad!

As all of my stories generally start with men being mean to me, so I decided to “fix” myself by trying a new type of anti-depressant. Surprise surprise it didn’t work! They’re just not for me.
The song is a tongue in cheek reflection on the way people are expected to react when confronted with the weight of all the suffering in the world – the blocking out of the horrors of day to day life, just putting on a happy face!

It touches on the subject of mental health and the use of meds, two very challenging subjects to write about, what was the easiest and most difficult part about writing it?

Continuing to take the medication was probably the hardest part of the subject matter. You can tell in the song I’m unhappy and frustrated at the world; battling with the expectation that the medication should be making me happy but was only numbing me further.

You worked with Endoflevelbaddie on it what lessons did you learn from those sessions?

I’ve grasped a better understanding of how music is made and how my ideas and rough sketches of tracks can become fully fledged bops! We’ve worked together on a whole heap of material and continue to work together on further material which will be slowly released over the coming months.

I love working with Baddie as he encourages my ideas and my anger. Our working together has helped me gain confidence to share a lot of thoughts that I would have felt awkward standing up to say 5 years ago.

You are an artist from Yorkshire aka God’s own country, how did it all begin for you?

Contrary to popular belief, I originate from Buckinghamshire. It was shit so I left! When my mum got married to her wife she suffered a lot of hate and abuse. As she had attended college in Hull she decided to move back up here as it was the friendliest place she had ever been. I was raised by a very musical mother who influenced me to sing, dance and make as much noise as I could to make myself happy, so I still sing to this day.

I have always found myself drawn to music that comes from the heart and thus try to make my own in the same light, writing about my deepest fears and brightest hopes. I started playing music as an emotional outlet, using it as a therapy since before I can remember, pouring every ounce of emotion that was too strong to feel into the words I sung.

Like most people I was heavily influenced by my parent’s music which was always being played around the house and the rest of the time MTV was generally on in the background. A mix of feminist pop and classic biker rock. In my early teens I started to define my own music tastes and I got heavily into emo and punk subcultures. Later in my teens I discovered Riot Grrl and the rest is history.

How did you become involved in the VENN 21 project?

The project began recruiting from The Warren during the pandemic. As I’d been involved in music in the building before Covid hit us hard, I got a call out of the blue asking if I’d like to take part in the collaboration project. It was an amazing experience that inspired me to create despite having an uncommon sound.

Your sound is based in electro, how does a typical writing session start for you?

The songs usually start their journey as soppy emo bullshit recorded on my phone using Bandlab. Then I take the ideas to Baddie, who is predominantly an electronic artist and we find a balance between the raw emotive energy of my lyricism and blend those influences together collaboratively through conversation in the studio to find a happy medium.

Being an electro artist who have been the most influential for you?

I’m not an electro artist, I’m a poet, singer and songwriter who happens to work well with an electronic producer. My influences herald from a variety of backgrounds and genres. The most notable would be Avril Lavigne, SayWeCanFly, P!nk and Insane Clown Possee. I’m a big fan of wordplay and lyrics are the entire reason I like certain songs.

You’re about to go out on tour with Delilah Bon, how are preparations going for it?

Really well so far. I’m really excited to share the stage with Delilah, I love her and her message is super important for the younger generation. They need to know they can’t take any shit from anybody! I’ve been friends with Lauren since 2020 and this has been a long time coming.
I’m currently working on new material to bring to the stage, the only difficulty is deciding which tracks aren’t going to make it into the show!

COVID impacted the creative industry in a big way – what kept you motivated?

Making music was the only thing that kept me going through the whole pandemic. Connecting with other artists and gaining the confidence to share my writing was a product of that prolonged period of isolation. The first thing I did when the lockdown was announced was to grab hold of my Uke and sit down for a whole week and write. Music has always been my coping mechanism, going from screaming my feeling in my room to screaming my feelings on a stage has been a surreal experience. If it wasn’t for lockdown, I would have never found the motivation to make it all happen.

The last two years have been a time to reflect what did you learn about yourself?

That I’m a bad bitch and I’m a really annoying neighbour!

I spent a lot more time picking up different instruments and developing a rudimentary understanding of them.

Brakence, ZAND, Nothing,Nowhere, Insane Clown Posse, SayWeCanFly, Lil Peep and Zheani are the most common names on my ‘on repeat’ on Spotify. The genres I mostly listen to are Emo Rap, Pop Punk, Rock, Fairy Metal and Indie Pop.

Touring with Delilah Bon obviously! I’ve also got an EP called Once Upon A Time being released on 09/09/2022 and moving forward as I develop my sound more, gig more and collaborate with other artists.

#NowPlaying “S P A C E: The Journey Home According To Mr Nobody” – Ruinz Ason 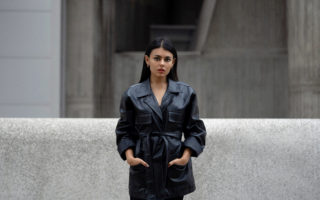 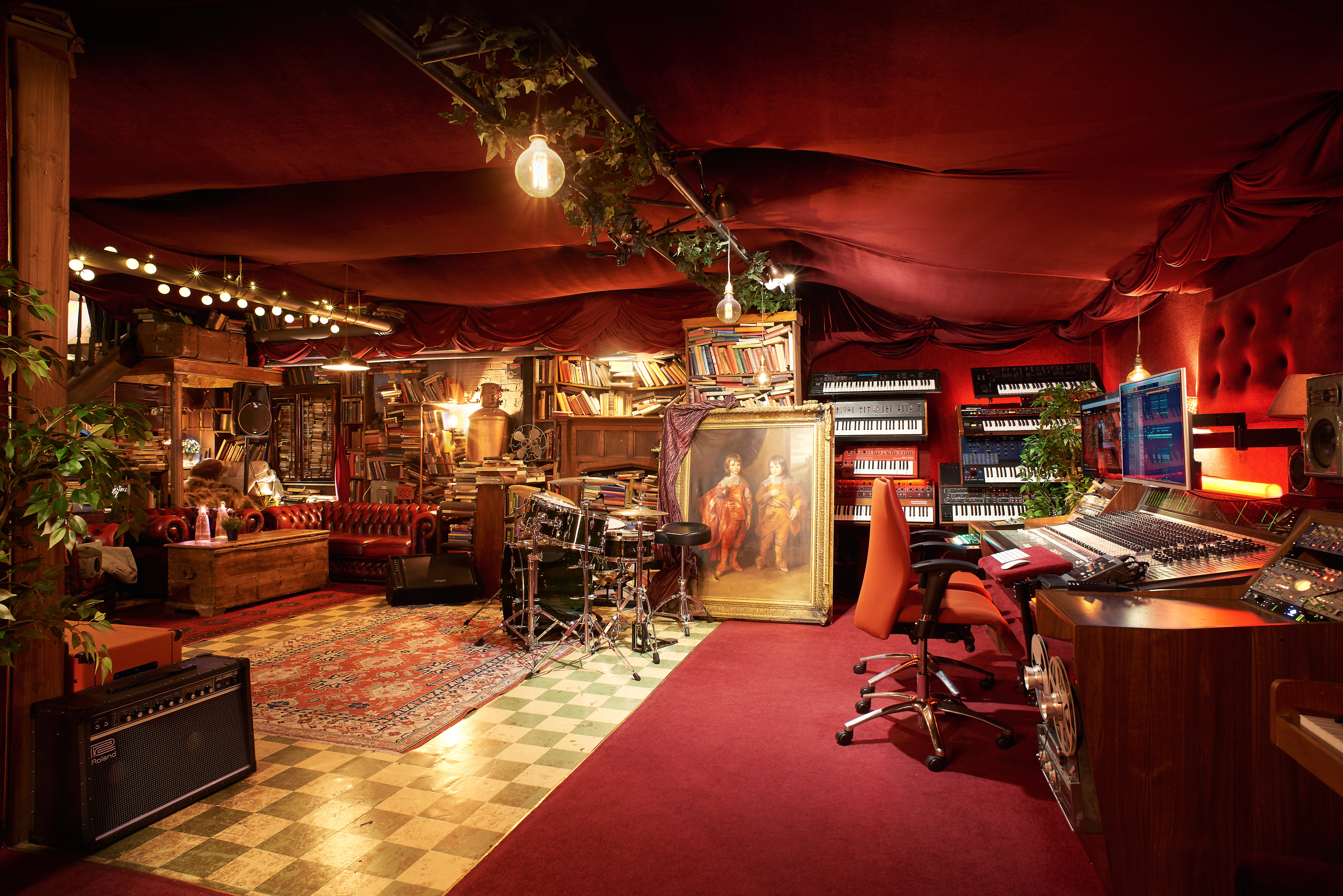