The Scribes are back! And they have a collaborator in Risk1. And they’ve got an EP. Let’s get into it.

This track moves along at a lazy pace so you know what’s been said, there are references to Mobeus, even a nod to classic American literature with “Of Mouse And Men”. The scratching is brilliant giving me that old school hip hop feel too. 10/10 on this.

Again with the voiceover but this time the beat is overladen with an eastern flavour so we are taken from the seas into the desert… this EP is definitely a journey!

I want to say that there’s a soprano sax solo playing but since woodwind isn’t my forte, I’m going to reserve judgement but it certainly conjures that Middle East flute sensation with the melody.

The thing I like about The Scribes beats is that they fit the words. It’s well thought out everything is planned, and in this case this is not just an EP, this is like a soundtrack. The way that the descriptions fit the beat just works – this gives me a creepy dark horror film kind of feel with that piano, those notes send shivers down your spine.

“I meditated on the devastation

Each negative can be an elevation

We perished at our very destination

These lyrics intrigue me, it could be interpreted that the protagonist is dead, and is not aware of it… they could be lifted to another plain, and to pace is to wait for something to happen… you just don’t know but good poetry makes you think..

So, we come full circle, this is is the closing track. The groove is comfortable, lyrically it’s a recap of this play, this epic musical… whatever you want to call it. I love the scratching in there too, it gives me the classic hip hop instead of trap beats which is a constant in today’s modern vibe.

What can I say?

Well to be honest, not very much this is exactly what I expected from my dudes from Bristol. They came up with a classy EP which could be considered a concept project from top to bottom it’s not thrown together haphazard everything in my experience with them has always been well thought through.

The Scribes are a multi award winning hip hop act whose unique blend of beatboxing, off the cuff freestyling, crowd participation and genre-spanning music has created a critically acclaimed live show quite unlike any other on the scene today, with appeal ranging far beyond traditional hip hop fare.
They have consistently proven to be an impressive and engaging live act with recent festival appearances at Latitude Festival, Glastonbury Festival, Isle Of Wight Festival, Wilderness Festival, Shambala Festival, Boomtown, Bearded Theory, Beautiful Days and Great Estate Festival and are proud winners of both the Exposure Music Award’s “Best UK Urban Act” and the EatMusic Radio Award’s “Best Live Act”. The group have also provided original music for BBC and Channel 4 television, and are featured regularly on both national and local radio and media including BBC 1Xtra, BBC Radio 1 Introducing and BBC Radio 6 Music.
The Scribes are hotly tipped as one to watch, recently signing with Stimulus Management (Nas, Snoop Dogg, Cardi B, Busta Rhymes), and sharing the stage with the likes of Macklemore, Rudimental, Nathan Dawe, Wu Tang Clan, Dizzee Rascal, Kelis, Rag N Bone Man, Example, Lethal Bizzle, The Wailers, Jurassic 5, Sugarhill Gang, KRS One, De La Soul, MF Doom, and Souls Of Mischief to name (drop) but a few, and are steadily establishing a growing following across the continent to add to their already significant fan base at home.
Risk1 is a digger and producer from Pontypridd, South Wales. Starting out in his teens as scratch DJ for hip hop crew NSP, Risk1 performed alongside acts such as Jehst, Dalek and Oddisee before turning his hand to production, working with a Korg ES-1 sampler and 8 track before moving onto MPC.
Now performing as both a solo artist creating live beats and a founder member of the group Connections, Risk1 joined Bard Picasso Records in 2021 where he has earnt a reputation for haunting samples and head nodding beats that harken back to the golden age of boom bap.
Oh… PS.: The Scribes are brilliant at visuals. Think I’m lying? Check this out.
Purchase the vinyl copy of “The Shipwreck” HERE! 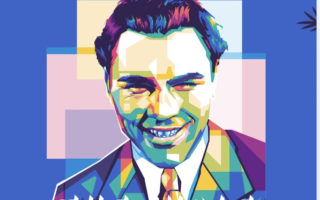 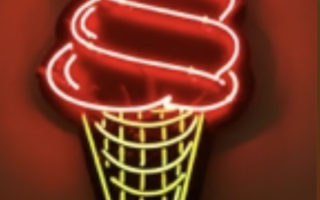 Review: “It Will Be” – The Jojo Man Band