Congratulations on the release of “Too Sly To Die”, how does it feel?

It feels great to finally have it out there for people to listen to. It’s been a long time in the making. We are happy with the song , the sound and the video so it’s three out of three for us.

It’s basically the story of a gangland figure who gets his comeuppance in the end . It’s not about anyone in particular but it loosely based on some real events that have taken place around Dublin in recent years.

It’s from a larger body of work, your new album what’s the biggest lesson you have learned while writing and recording it?

The biggest lesson I learned was never to quit until you are 100% happy  (Or thereabouts) with each track. It can be hard going back again and again to try get it right but for me it’s a question of peace of mind.

You recorded it in Grouse Lodge Recording Studio what was it like working there?

Only some of the album was recorded at Grouse Lodge and that was a good while ago now. When we were there there  was  hardly anyone else around, it felt like we almost had the place to ourselves. It was where you worked on the songs, ate the lovely food, had a few pints and went to bed all in the one place. I had never done that kind of “live in” studio before and I haven’t done it since. Famous people had recorded there and you could read the names in the guest book which gave the place a unique atmosphere.

What’s a funny moment from the sessions that sticks with you?

I can’t remember anything really funny happening although Grouse Lodge was an experience in and of itself with chickens and roosters and farm animals all around the place. Passing by you wouldn’t think it was a recording studio at all.

The album is described as a love letter to your homeland what’s your favourite track from it?

My own favourite track is Friend In “Tullamore” which very autobiographical for me. It’s a bit of a love letter from me to the town of Tullamore which I feel gave me a chance when I needed it. I’m really happy the way the recording of it sounds so it’s a win win situation.

What were the major challenges and accomplishments you faced in recording it?

The major challenge was trying to get time to record during Covid. I think if it hadn’t been for Covid then this album would be out two years ago and we would probably have made more videos. Just when we thought it was behind us and we could get something done there would be a new lockdown or a new variant. I’m not complaining though, there were a lot of people had it much worse than us.

You’re a band from Ireland how did it begin for you?

It started for me when I was a founding member of Trad/Punk band Blood Or Whiskey. I was with them for nine years and did a lot of touring and recorded two albums with them, I left in 2002. Paul Walshe was in the band with me and he left soon after I did. Paul and his brother David used to come down to my house and we would knock out some songs together mostly for fu . Unfortunately Paul passed away in 2012 and after a while David and myself carried on with the music calling ourselves The Winter Codes.

I listened to loads of different stuff growing up. I was a bit too young for Punk. I’d say that by the time I heard of the Sex Pistols they were already broken up. I think I liked the Post Punk better than Punk itself. I loved Joe Jackson (First two albums), The Undertones and later on Dexy’s Midnight Runners. All the while there was a fair amount of singalong traditional ballads that we learned in school and elsewhere buzzing around in our heads.

Your sound is a mix of punk and trad folk, how does a typical writing session begin for you?

The typical writing session usually begins with a basic chorus and then build around that if it’s possible. Paul was a great man  in that if you had a basic song he could often write the riff for it almost on the spot. It was a talent he had that seemed to come out of nowhere but it added a so much to the songs when he did.

What kept us motivated was a shared belief that we had the potential to do  something that we could both be happy with . We don’t do live gigs so it’s not like other bands who really felt it financially when the lockdowns hit. Like I said before though we would probably have it out two years ago if not for Covid.

The last two years have been a time to reflect what did you learn about yourselves?

I think that I learned gratitude that I live in the developed world and that although the pandemic hit hard no one starved to death in Ireland because of it. Hopefully we have seen the last of it now.

At the moment I am going through a serious Country and Western phase. I used to think that it was hokey nonsense  and there is that element to some of it but a lot of it is really good. In the last few years I’ve been listening to Lyle Lovett, Towns Van Zant, Merle Haggard and even Mary Chapin Carpenter who is very MOR for me. I go through phases like that, for a few years I was fairly obsessed with Bob Dylan and Richard Thompson (I still listen to both of them a good bit).  I love the raw honesty of some Country songs.

You’re proud of your home country what are your three favourite spots there to go to have fun?

It’s hard to pick just three places but I suppose you would have to start with Dublin, there really is a lot to see and do and you would need a few days to experience it. I would caution anyone that it can be a rough place at times and it is very expensive. Then there is Galway City which is a great party city and a place to experience Irish culture, it can be expensive as well.  I have only been in Derry once myself but I thought it was a beautiful city well worth visiting.

We are looking forward to the release of our album Set The Darkness Reeling in August. The second single will be released at the same time, it’s a song called Troublesome Girl and we got our friend the folk singer Lisa Loughrey to do the lead vocal on it so it sounds very different than our other songs. Lisa really made the song her own. 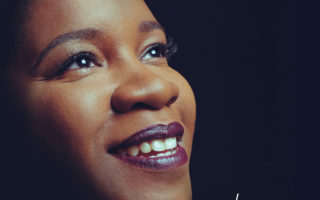 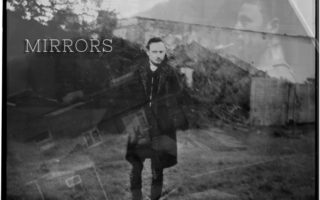 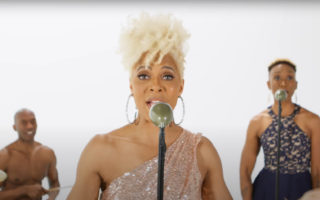