Well let me start this by saying this is a well written song.

This starts off with a bit of finger picking on an acoustic guitar, a simple enough start and then vocals, bass and drums come in.

It’s very steady, no little tricks to deflect away from the main body of the song… but there is a little surprise a little later.

This is an indie rock song, but it has hints of folk in there. The vocals are strong, I think my favourite part of the song is the low pitched guitar solo at 2:22, there could have been temptation to take it two octaves higher to begin with, but no it’s kept at its original pitch.

Remember that little surprise I mentioned? At around the 3:00 mark everything slows down and then comes back up for another rousing chorus….

Artesan are a 5 piece band from Falkirk who’s age range spans 30 years from oldest to youngest. Their sound is best described as melodic, anthemic, Indie-Rock with influences such as The Verve, Oasis, Guns N Roses, U2, Massive Attack, Led Zeppelin, Pink Floyd and Richard Ashcroft.

Ronnie Bissett (lead vocals), Dickson Telfer (bass) and Will Treeby (guitar) started making music together around 2010 but in 2013 they put things on hold due to personal commitments . Things moving again 5 years later this time Ronnie’s son Bryce joined on lead guitar and Stuart Blackwood on drums. The new line up have released singles ‘Feel Like Myself Again’ in February 2020, ‘Lifesaver’ in February 2021 and latest single FLY in May 2022. They have had airplay on Jim Gellatly’s Amazing Radio show, BBC Introducing RAPAL, Radio WigWam, and Cumbernauld FM’s ‘Postcards From the Underground’ show. 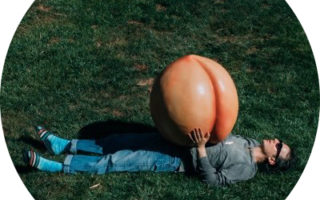 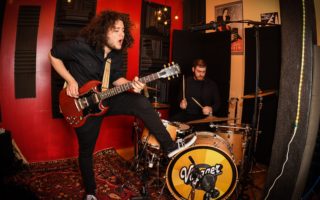