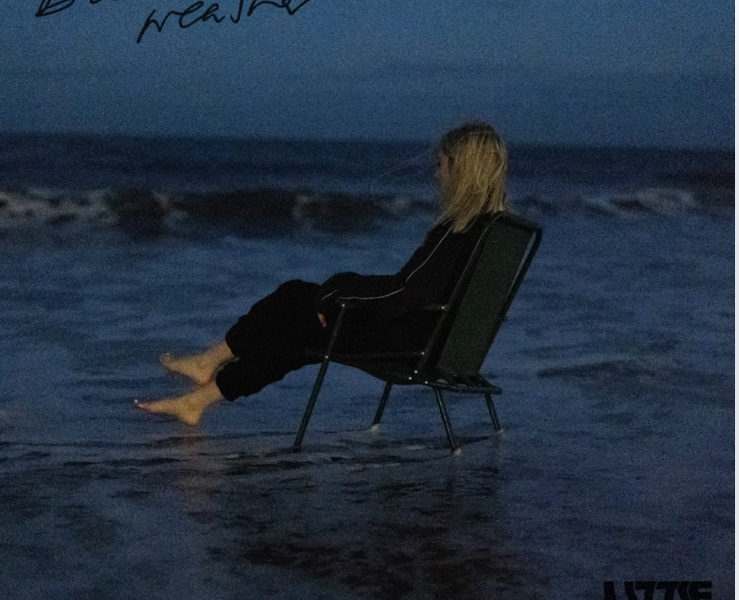 Hello Lizzie how are you?

I’m good thanks I hope you are too!

Congratulations on the release of “Bitter Weather” how does it feel?

It feel great to have this one out! It’s a song that really sums up how I’ve felt recently so it’s almost therapeutic to have it said everything I did in this song. It’s also the first one we’ve put out with all the band playing in it which makes it extra special too!

The song is about forgetting what’s really important in life and letting yourself get distracted by everyday worries forgetting about the people and things you should value above anything else really. I created a demo for this track back in the summer which I then sent over to producer Steve Grainger who really elevated the track and once the band got around it too it’s a one we all got really excited about!

It had such a profound affect on me on first hearing it, what has the reaction been like overall?

Overall the reaction to this track has been so lovely! It’s great to get more people reaching out with each release and connecting with the music! Before the release it was often the one people would come up to us and talk about after a show and it’s definitely one of my favourites to sing live too!

You’ve been collaborating with Steve Grainger via Zoom, how did that come about?

It came about through my manager having some connections at the university he attends and as soon as we listened to some of his work we both really loved his interesting instrumentation so we started working together! It’s now been over a year and it’s so great creating eight each other! We’ve got lots more tunes we can’t wait to share for sure!

What’s one big lesson you’ve learned from working with him?

Steve is the first person I’ve really collaborated with, especially long term, so I think for me it’s really touchy me how to work with others in a creative process that I always did in such an isolated way. It’s definitely opened my eyes to new influences and ways of working which is so great!

You are a singer songwriter from Newcastle how did it all begin for you?

I’ve really been writing songs and little rhymes since I was about 5, I’ve just always loved it! I really idolised performers when I was younger and would never stop singing and music gradually just became more of an obsession as I grew older. After starting to work with my manager a few years ago is when I really started to take it all more seriously and release music properly and I’m so excited to see where it all goes next!

Growing up I listened to things my parents would have on like Radiohead and Red Hot Chilli Peppers from my dad and Simon and Garfunkel, Eva Cassidy, Ron Sexsmith and other artists my mum would love. As I got a little bit older into my early teens I remember being so obsessed with Avril Lavigne (still am tbh) which stemmed into my love for indie bands through most of my teens mixed in with some R&B and Soul and my music taste broadened going into my late teens.

You shot the video in literal bitter weather who came up with the idea?

I knew I wanted to have a video on the beach for this track, so when I mentioned it to the video maker, Ryan Peebles, he came up with a really cool concept of doing sunny day activities in ‘bitter weather’ which I loved! He was such a great guy to work with, although the filming day was absolutely freezing it was still such an enjoyable experience!

You like to collaborate with other writers and DJs what do you look for in a collaborator?

I think it’s great to work with people slightly different to you as it’s always creates something new and exciting! It’s always good to be able to all bring something different into a project!

I think just having the time to sit and write was less of a motivation but more of a breathing space to think about what was going on. I felt really grateful in those times that I had songwriting to lean on and that creativity could give a bit of an escape from the horrible times I guess, I’m sure other creatives perhaps felt this too maybe?

2020 was a time to reflect what did you learn about yourself?

I think I learnt that I’m lazier than I thought hahha! But also that once you reach out to people things start happening! My manager and I really took the time to reach out to other creatives and start making in this time and it was so great to see responses and start new projects! I think it showed me that although I spent a lot of time on the sofa I can also be proactive and that I just really love writing songs!

I started playing a lot more guitar which was fun! I didn’t have a keyboard accessible for where I lived a lot of the second lockdown so I began to teach myself a little to try to get around that and get some demos recorded. It’s still a slow learning process haha!

You have a gigs coming up in December how are preparations going for it?

Preparations are going well! We get together as a band as often as we can and have the most fun playing all the songs, we just can’t wait to get out and play them to people now!

There’s so many good albums out recently, I’ve really been loving listening through Blue Weekend by Wolf Alice, Seventeen Going Under by Sam Fender, and many many more. There’s just so much amazing new music right now.

I’m really looking forward to the new year! We’ve got lots of exciting plans and so many new tunes that are really solidifying the sound we’re going for so I know we all just can’t wait for it! 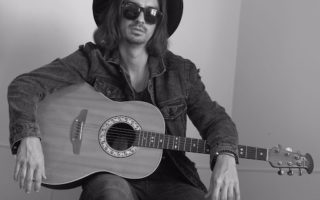