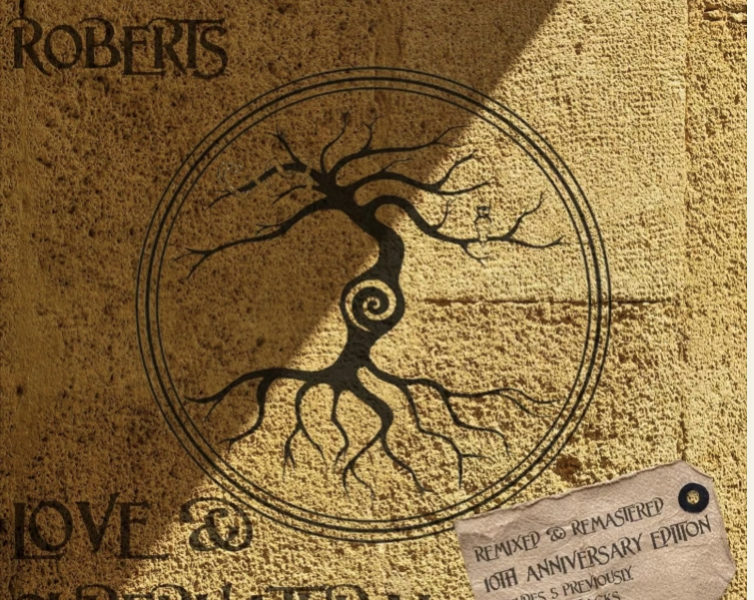 Hello Alex how are you?

Congratulations on the release of “Love And Supernatural” how does it feel?

Like a mighty strong wind in the sails. I’m proud of this collection of songs and very happy that they’re reaching new listeners.

Love and Supernatural is a collection of intimate homages to our ancestors, to the earth and to the old magical traditions, deities and folk stories. The title implies that love & the Supernatural operate on the same frequency,  the same wavelength…

Difficult to say, like my children I couldn’t pick a favourite.

What was the easiest and hardest part of recording it?

We recorded the whole album in a couple of days in August 2012, it flowed really organically. The only hardship was staying cool, in fact the studio actually overheated and the desk blew up while we were doing some overdubs. I blame Yeats’ invocation but it was probably the heat.

It’s a remixed, remastered version of a recording from 2013, what’s your favourite memory from recording it?

The whole session was magic. Working with Graeme Ross on double bass is always very special. There is a unique musical chemistry between us. Micha Stafford who ran the studio was great to work with. It’s always a great experience being in the studio, hearing your songs come to life. It is alchemy.

You’re an artist of Greek heritage living in Dorset, how did it all begin for you?

My grandmother was Greek, she moved to England after ww2. She was a distinguished lady, a mutli-linguist and teacher. We have music in the family, my great grandfather played Greek folk music, my mother played guitar in folk groups and I started to learn music when I was about 6 or 7. First on the piano and then guitar at around age 11. I played in extremely loud garage bands for years then studied Classical guitar in my 20s. I came back to folk music through my love of storytelling.

You’re an artist of Greek heritage living in Dorset, how did it all begin for you?

My grandmother was Greek, she moved to England after ww2. She was a distinguished lady, a mutli-linguist and teacher. We have music in the family, my great grandfather played Greek folk music, my mother played guitar in folk groups and I started to learn music when I was about 6 or 7. First on the piano and then guitar at around age 11. I played in extremely loud garage bands for years then studied Classical guitar in my 20s. I came back to folk music through my love of storytelling.

My parents played me Bach, Dylan, John Renbourn, Randy Newman, Joni Mitchell, Crosby Stills Nash and Young… Their song ‘Helpless’ is probably the first song I can remember hearing as a child. Still stirs my soul each time I hear it. I also loved the Cockerell in Disneys Robin Hood, he was cool. In fact I probably got my taste for the life of a troubadour there. Much as I pains me to credit Disney in this way! I did like a lot of shit 80’s pop too!

You’re a guitarist as well, who are your favourite guitarists?

I tend to appreciate the guitar more as a vehicle for carrying songs so I’m really more interested in how artists use the voice and guitar together. Weaving phrases between the two. Certainly the names above are some of my favourites but I’d add Bert Jansch, Ani Difranco, Davy Graham, Richard Thompson, John Martyn and Kelly Joe Phelps to that list..

Yes it did and the enormity of that impact is still very much being felt across all areas of the music industry. It was great how the government stepped in and recognised the huge contribution music makes to society… oh, no wait. They didn’t do that at all did they!? Nevertheless it is good to see things are rolling again. I certainly count my blessings there.

I married the most beautiful lady during lockdown in a traditional pagan handfasting ceremony in the ancient woodland of Kingly Vale. Despite the widespread fear and uncertainty in those years we had the most wonderful time together. No-one gets a honeymoon as long as ours lasted. She motivates me.

My children motivate me, I have three beautiful daughters. The time they had away from the system was invaluable. Not to say institutions aren’t important, but we really had a great time together. Learning and living freely and in nature is something institutions can’t provide. If they tell you they can they’re lying.

Finally, nature motivates me; the living landscape. I’ll never tire of it. To see the wildlife undisturbed by us and our machines is something I’ll never forget.

I’d ask that you to listen to my songs for the answer to this question: It’s the songwriters task to reflect in this way, inwardly and outwardly. The last two years were no exception for me, but it was interesting hearing others  reflecting, taking the time to re-evaluate their lives, work, relationships. And what do we do when the things we take for granted come to a grinding halt? Are we fulfilling ourselves here, manifesting the life we want? Are we a force for good in the world? It was somewhat dishearting to hear the ‘return to normal’ attitude. Normal wasn’t great was it? So now, ‘back to normal’ we find ourselves in an orwellian nightmare of tory corruption and abuse, festering like cancer in the heart of our nation. A little peaceful anarchism goes a long way. I have learned that I am willing to take direct action against the corrupt system we find ourselves in.

Yeah, I learned how to make a molotov cocktail… just kidding! I actually took work with an arboriculturist friend – he looks after trees – so I’ve learned a lot of knowledge and skills in that area. I’ve kept this work going. I also learned how to not be such a philistine when it comes to technology. Double edged sword there..

Godspeed you black emperor, really into post-rock at the moment. Saw them in Camden last week. Absolutely blinding set.

I’m composing a series of short soundtracks for some charity films that are being made to raise awareness and money for people with cancer in Pakistan. Nearly finished that project, also looking ahead to a new album release in February 2023. I’m looking forward to touring, finding new places and making new friends. 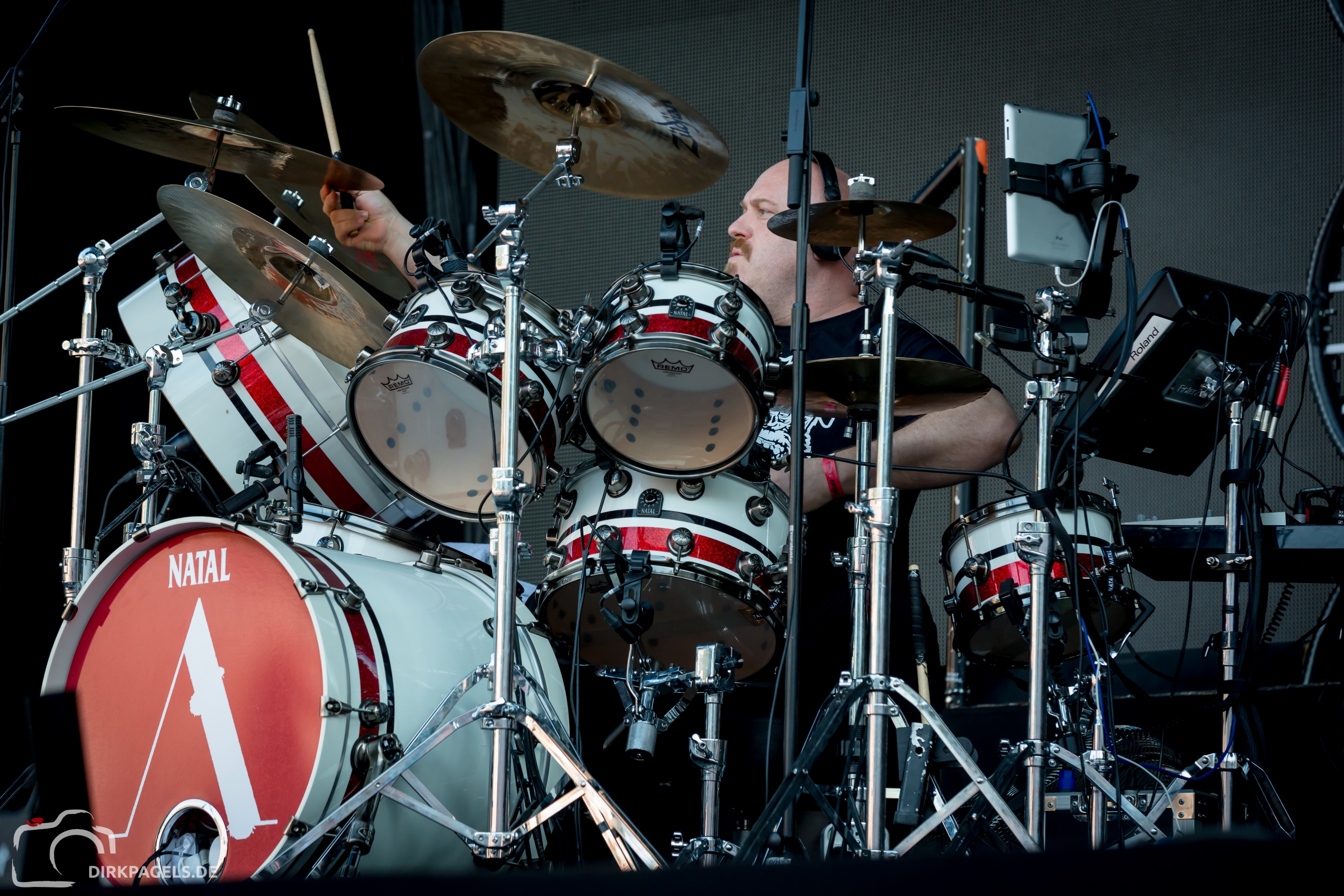 Single Review: “Song Of The Year (A History Of Cool)” – Pārvāti 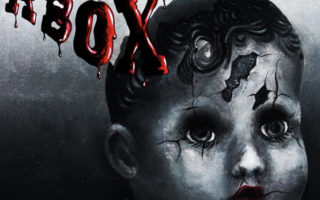