The Scribes, thankyou for agreeing to talk to us! How are you?

J: Just about surviving in homeschooling limbo at the moment with 2 school hardened, unwavering, headache inducing bundles of… joy.

S: Me and the wife have been trying to stay creative. I’ve put together a few side-project releases to stay sane and she’s written a book. We’re doing well but definitely ready to start getting back to normal now!

You’re a band from from Bristol UK how did it all begin for you?

S: Me and Jonny met and the age of five in primary school and have been bestest buddies ever since! We started messing about with music on things like ebay when we hit 15 then started writing music together at around 16/17. No one else would have us so we formed the group together and thing just carried on from there!

Your sound encompasses different genres of music and various elements of hip hop – who were your influences growing up?

J: A lot of Jamaican Gospel before my brorthers showed me the way of De La Soul, Public Enemy and Queen Latifah

S: my Pa listened to The Kinks a lot and I think that got me into Blur when I was young. I first discovered hip hop around the age of 14, mostly gangster-ish rap off the TV before being shown more conscious stuff by friends in school. Ended up being heavily into Quasimoto, Deltron 3030, The Roots, all of Rawkus Records and Battle Axe Records stuff. Then discovered UK hip hop like Jehst and Braintax. I think all of it influenced our sound in one way or another!

You’ve played many festivals pre covid including Glastonbury, how did that feel?

J: It’s been incredible! It’s great towatch other acts to see how you can step your game  up and working with larger stages and engaging the crowd as we would an intimate show is a art in itself, but we love tyhe challenge.

S: Festivals have always been a good gig for us, our sound and performance tends to draw people in who may not usually listen to much hip hop and it’s awesome seeing people get involved at a big event. We always feel incredibly blessed to be given the stage and given a chance to show people what we can do. It’s surreal to be performing at some of the legendary festivals we’ve done, here’s hoping we can get back to it soon!

You’ve also toured Europe what was your favourite country to play?

J: The most scenic would have to be Ibiza sets for sure, but when you’ve got a crowd who know the lyrics and understand the craft, home in the UK is still the best.

S: Totally agree with Ibiza for scenery and general carnage, though for crowd response you definitely can’t beat a good old festival in the UK!

Tell us a funny story from the road.
J: No. It brings back too many memories of the forgotten times.
We don’t talk about that anymore.
S: Most of our road stories revolve around our beatboxer being late, drunk or both. Far too often ends up in a mad dash to get him to events on time!

You like to freestyle, what is usually a trigger of inspiration for you?

S: Man literally anything, I love just going with the flow and seeing where my mind takes me! Got some of my best lyrics from that!

J: Ideally, anything within visual range you prep in your mind that has a simple suffix.

Who are your five favourite MC’s of all time?

Nas
Lupe Fiasco
Andre 3000
Roots Manuva
S: Madlib, Earl Sweatshirt, Eminem, Del, Sage Francis
COVID has impacted the creative industry as a whole in 2020 in a big way, how do you keep yourselves motivated?

S: I’ve tried to keep working in the studio as much as possible, putting together collaborations that just wouldn’t have happened in normal times. Just got to keep on working and expressing!

How does a typical Scribes session start?

S: we tend to either spend a long time pinging ideas back and forth via email or pull hooks together on long car journeys on the road. Usually starts with overexcited yelling before taking a more sensible form!

You all seem to have a natural flow in your lyrics, what’s your favourite lyric from each other?

J; Considering the depravity and vulgarity that go unnotived in a lot of the lyrics, we still do a surprsing amount of self censorship, so you’ll probably never hear my farourite lyrics.

However,  most recently it would have to be this rhyme scheme from the track ‘Get Down’ feat Akil from Jurassic 5:

Asymmetry
S: Definitely from our next EP, The Totem Trilogy Part 2;
“Black Ted Danson, Handsome, And some”.
Simple but effective.

J: Getting back to some more writing and creating, it’s a therapy that’s keeping us all sane at the moment!

S: getting back on the road and rocking some crowds! 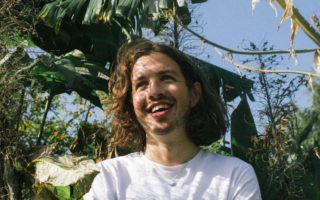 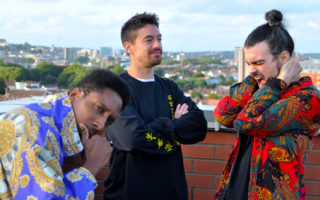 EP Review: “The Journey” – The Scribes