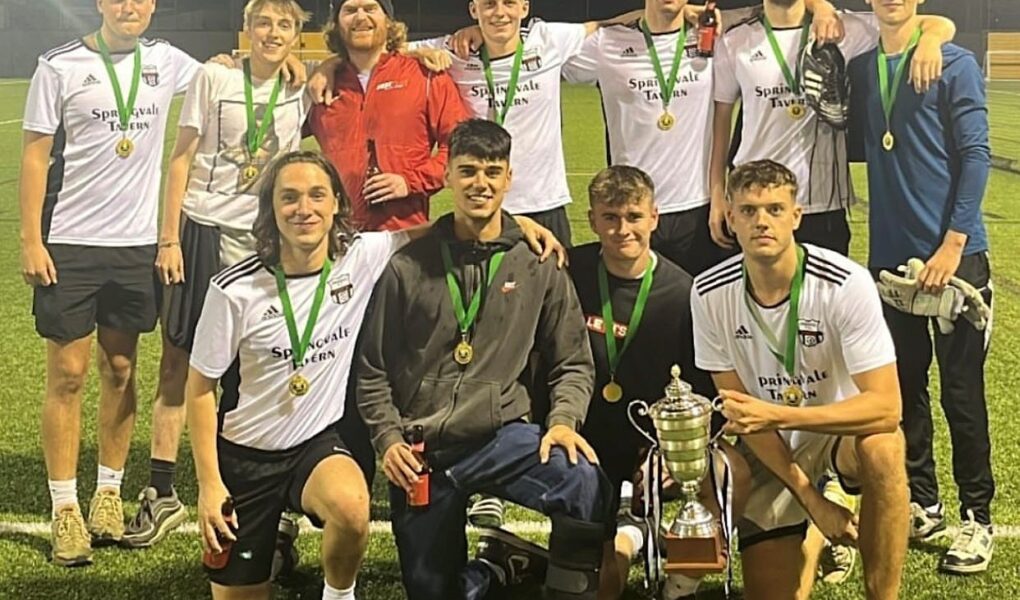 Congratulations on the release of “Runaway Road” how does it feel?

It’s nice to release this song in particular because of how much i like it personally, both lyrically and melody wise. It just has something about it which I feel really expresses something about me, which is difficult to explain but I can feel it.

The story is it’s a song that kinda sums up all the mixture of feelings and thoughts I had in the years previously, after leaving my band and just life in general after going through some testing times. The lyrics kinda reflect a journey in your mind about returning and getting your groove back, when the chips are down. I’ve always felt I’m at my best just in lifer in general when I’m written off or things seem in the balance. It’s not wholly about that and I like some portions of my songs to be vague and open to interpretation but that’s the general theme.

You recorded it as a live acoustic song what made you go down that route?

At this point it was more circumstance. I don’t often rehearse with a full band set up, so the opportunity was there to record it at my friend’s (former ‘Section 60’ guitarist Michael Adshead) home studio. We laid it down and I was pleasantly surprised by the sound and clarity of it. I also feel the song suits an acoustic feel and also acoustic songs often are easier for people to engage with and digest as there’s less clutter. I’d still like to record a fully produced version of it at some point in the future.

You recorded it at Son Of The City Studio, what was your favourite memory of recording there?

Well as stated, that’s the name of my friend’s home studio. He’s looking to release stuff under that moniker in the future, so it was a really pleasant experience. a lovely sunny day, we chatted and caught up a lot and the recording process was all pretty relaxed and just felt part of the wider day.

You are a singer songwriter from Sheffield how did it all begin for you?

I was always interested in music, I’d never claim to be massively knowledgeable or even have a wide spanning taste, but I’ve always loved the feeling of specific types of music that captured me in a big way since I was little. There must be some fire that burns within with certain melodies or sounds and as such I always fancied the idea of singing; I love that expression too. Sometimes when you sing, no matter who or how many people are listening, it can feel like a moment you’ve waited for all your life!

That said, it all started for me when my mate Howard suggested, or should i say badgered me to get up at an open mic night at a pub he was running. I’d taught myself guitar at 18 to a basic level and by this point kinda felt confident with the idea i could sing. I got up after secretly preparing for a week or two and it was a really memorable experience, as I went down well to a crowd whom I knew most of but who had no idea I could/or would sing. I think they thought I was drunk or was messing around when I first got up.

A couple of lads I knew through friends of a friend heard about it and then approached me with the idea of starting an indie rock band with me a singer. After a week or two of consideration i decided to go for it and we performed as ‘Kartica’ all over the country for 6 years, releasing records and gaining a decent local and online following. We supported some established acts (Bruce Foxton, The Beautiful South, Jon Windle, Catfish & The Bottlemen, The Twang, Jake Quickenden (randomly), received international press and sold out our own shows locally, whilst also playing famous venues like The Cavern Club in Liverpool and the iconic 100 Club on Oxford Streetto name a few.

I just listened to whatever was on the car stereo when i was younger, loved the songs but never really identified with any group in particular, so much so I remember being stuck when they asked in an ice breaker session at secondary school who my favourite act was. Then allofasudden Oasis came along, the music blew me away and straight away I just identified with everything. The style, the humour.. They reminded me of my older cousin who I looked up to and to be honest I saw myself in them and most of my mates at the time. So I was completely consumed with indie rock, Britpop whatever you wanna call it, but in that spectrum, I was always into the northern guitar bands really, they had that scally appeal. Oasis, The Verve, Stone Roses, Cast, Ocean Colour Scene were my favourites. Although I loved Pulp, Stereophonics and Radiohead too.  It’s funny cos despite how popular that music was then, in some music circles it can be looked down upon sometimes as if its somehow less worthy of acceptance than other genres, but I love that sound and will stick with it, it kinda defines me. I hate music snobbery at the best of times anyway. I also had a brief love of Eminem, Tupac and some lesser known hip hop in my teens, but my interest waned after a while.

You’re also pretty handy with a ball, starting your own football league! How did that start?

Haha well the best praise ability wise I’ve ever had came from a 1990 World Cup semi-finalist, so I’m happy with that! i still try to play in the leagues too at the grand old age of 38!  Starting the league (7 a side) was a bit of a lightbulb moment after playing in a similar style one (where I ran two teams) that were vacating the venue in question. I was in a really bewildering time in my life where a lot of things had gone wrong (Newborns, breakups, deaths, job losses, depression you name it) and i wasn’t sure really where I was heading, if anywhere! So to be honest after a bit of debating in my own mind, I just went for it one morning, without any kinda planned roadmap ahead. I suppose I felt I had nothing to lose, at worst it might get me a few quid so i can at least feel like I’m going again. I didn’t really discuss it with anyone, even my own family. I just went out on the street touting for teams and before long I had 6 men’s teams turning up on a Wednesday night. With no prior experience and only a paid ref for support, I remember thinking “What the bloody hell have i got myself into” as hordes of players walked down the drive that first night. Deciding to video the games and provide edited footage to the teams proved very popular and also helped advertise the league. Three and a half years later, covid withstanding, I’ve had over 50 teams playing over two nights with over 1,000 players involved at some point, including a few professionals. I also take a women’s session and a newly formed women’s 6 a side league. The Wednesday men’s league now has 4 divisions and is possibly the most popular in Sheffield for that type of football.

You’ve said that it saved your life, what lessons have you learned since starting your own league?

I think saved my life might be a bit dramatic, but it definitely saved my future possibly. My sense of self and self-esteem wasn’t great and there was definitely huge doubts about where I was headed. I think the main lessons it’s taught me are not to fear the unknown (and also i don’t tend to worry too much about the idea of things all going wrong, what will be will be) To have faith in others (most of the people I’ve dealt with, from all walks of life, are a pleasure to be involved with and no doubt are often navigating difficult paths themselves) and maybe most importantly is that only you can decide to have faith in yourself. Unless you’re really lucky the reality is no one is gonna come and save you. The proudest thing about the football side is that nothing was done for me, I’ve done it on my own. It’s not a done deal success story or particularly financially rewarding, not yet at least anyway and there’s no guarantee it’ll all continue smoothly but it’s definitely gave me a purpose and provided a hub for many people to come and escape day to day life. I think lastly is that time flies, so be in the present and remember it’s never too late to change direction.

Well maybe controversially for some, the lockdown did me a world of good. I actually have really fond memories of the lockdowns. It felt like a big reset. I was still (and still do sometimes) having up and down days a bit around that time but I gradually just felt a release from all the day-to-day pressures. It gave me time to think and evaluate things. My life became massively simpler, I was only in touch with a handful of people, and I went for walks in the afternoon and night which i loved. Ironically in a sense, I felt really free! It also provided me the time and motivation to get back involved playing music again.

Did you pick up any new skills during that time?

Haha sadly I can’t think that I did. Maybe cooked a few new dishes…  Does doing kick-ups with toilet roll count?

I’m not great at checking out new music these days, I always seem too busy, so I’ll usually only check something out if it’s been recommended to me by someone, I do find myself enjoying some soft house music from time to time, which i never used to bother with. The most. ‘new’ music, I tend to hear is round my mate JD’s house, he/s always playing an eclectic mix, most of it is largely obscure stuff from the past but usually new to me!

Who’s your tip to win the World Cup?

Haha I actually quite fancy England. If we can get past (likely) France that is. Aside from us, France or Brazil, or Argentina as an outside shout.

I’m looking forward to recording and releasing more original music hopefully at some point soon. My football league season has just started again so that’s all go and finally I’m looking forward to Xmas. I love the build-up to Xmas. My daughter’s away for it this year and my days of big family Xmas’ are over (at least for the time being) but I still love the build-up, the decorations, the music etc.. It reminds me of great times from the past. Something pretty pure about it all. I’ll see loads of my mates in December too. After saying all that I’m not a fan of the actual day itself though haha, I’ve always been a bit of a contradiction.

Thanks to JJ and Leah @ Quite Great PR 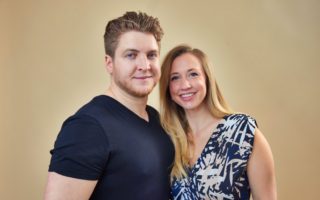 I WANT TO BE HEARD!