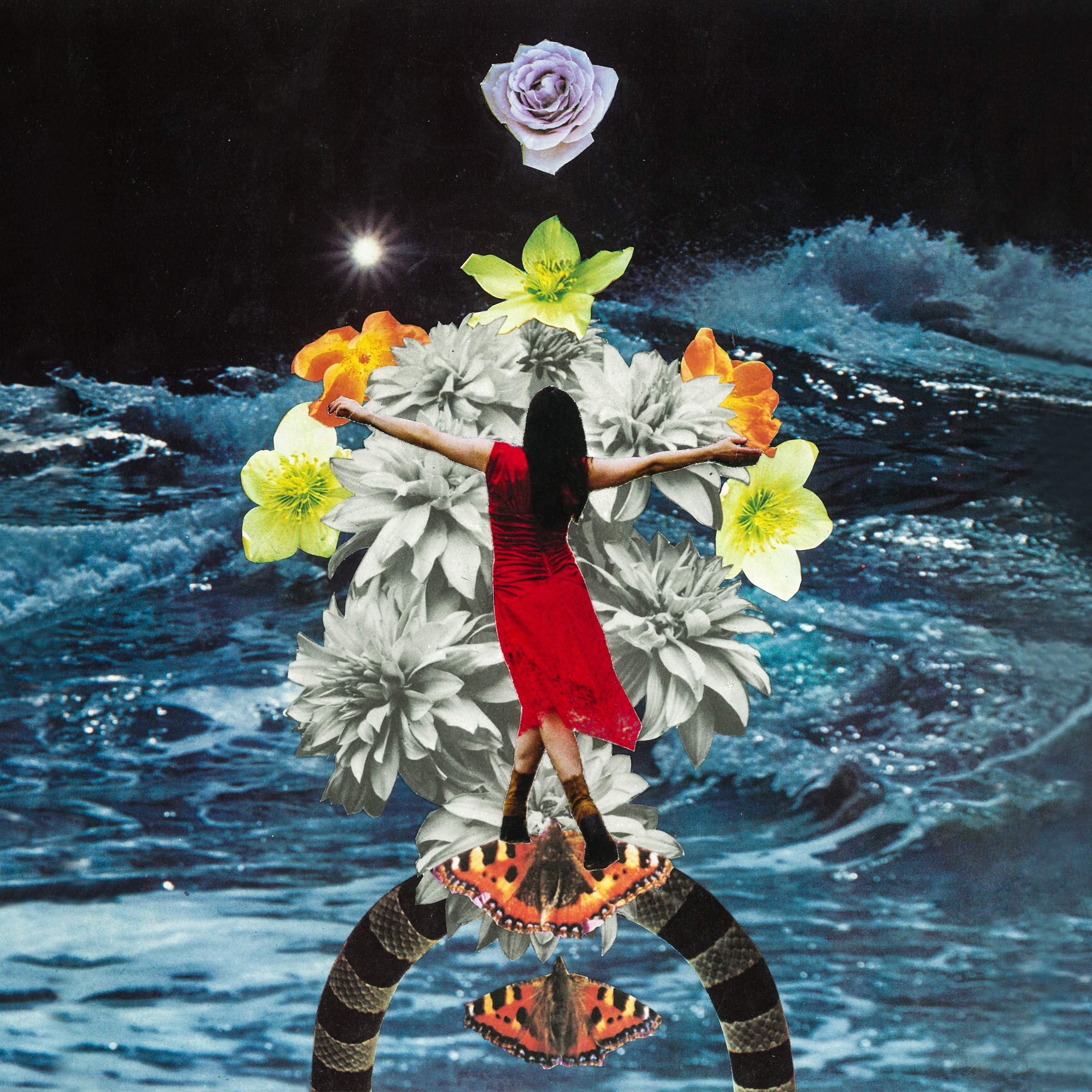 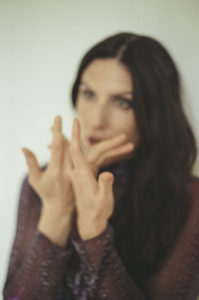 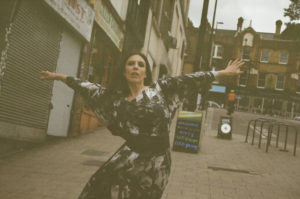 2019 was a big year for you with the release of your singles. How did it feel?

It felt like I never stopped. It was great to start putting the music out there and feeling the response. It was like a rebirth after a really challenging time in my life with multiple losses. I felt like I could start again and create something new.

What did you learn most about yourself in the last 12 months?

I learned that I never stop learning, and that this is actually my favourite thing about being alive. I learned that the same doubts and demons keep haunting me and it’s not so much about growing out of them as including them in the process and retaining a sense of humour. I learned that nothing ever happens as fast as you want, or the way you imagine, especially in the music business. So part of our job as artists is to take care of the inner journey, because some of the most valuable qualities we possess are persistence and self-love.

I think the biggest thing I learned is that nobody is going to wave a magic wand and tell me what to do. Nobody knows, really. We are all just making it up as we go along. That being said, there are people with skills and it’s a good idea to hire them to work on your projects. The real strength is knowing what you can do yourself and what you can’t, and getting someone to do those bits. Making my first music video from scratch showed me that I can have a vision, put a team together and realise it, and this is empowering. I learned to trust my own judgment more, but also to notice when I’m getting neurotic about something and to give it some space. Knowing when to stop is a practice!

You composed your first film score at the age of 16. How did that come about?

I started writing music around the age of 7 and I was very much influenced by film and TV soundtracks. I used to watch films and then go home and sit at the piano figuring the themes out. The music I composed was often based on things I had seen or read about, tragic events in history or the current times. I was the youngest of five girls, and my oldest half-sister got married when I was 8, to an Italian who made films. When it came to make Il Lento, he asked if I would write the music. I was fortunate that my dad, who was into computers, had bought us some music software to play around with and I used it to record the score and send it over to Italy. The surprise was that the film was selected for the Venice Film Festival so we all went over as a family to watch the screening.

Your style is very folksy, what did you listen to growing up?

My main staples growing up were a mixture of Simon & Garfunkel, The Beatles, and other sixties/seventies folk rock from my mum’s side, and then my dad’s jazz record collection – he was a huge Ella Fitzgerald fan, and he also had lots of big band stuff – Duke Ellington, Count Basie. He took me to see Stephane Grappelli play live – I’m afraid that I fell asleep but I was very young! I later rediscovered his music along with Django Reinhardt and it’s still one of my favourite jazz styles. Simon & Garfunkel clearly left their mark on my songs. I was fascinated with the lyrics, even when I was too young to understand them. And the feelings they inspired, a kind of nostalgia for a life to come. As a teenager I got really into funk and soul. Funk is still my favourite music to dance to. Although more recently I’ve started dancing Brazilian Forró which is amazing too.

You come from a theatrical family, what was it like growing up around the arts?

There was always a lot of dressing up. I think that encouraged me to not get too stuck in one identity. I think it also helped to develop my imagination, which is probably the most important tool I have as a performer. My mum also worked as a teacher part time in the primary school I attended, and sometimes she would turn up in character. I never thought that kind of thing was odd. I think it spared me from thinking that life had to be ordinary or conventional. I spent a lot of time hanging around theatres and I saw that playing doesn’t have to stop just because you grow older. It also meant that I always mixed with people of different ages, and since I didn’t have grandparents that was important for me, to have a community of elders. 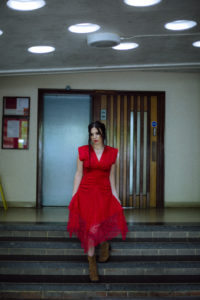 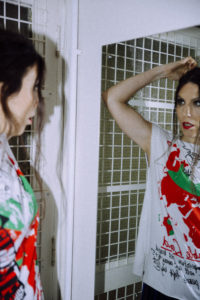 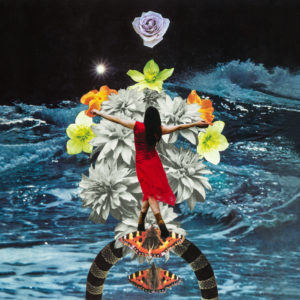 Your songs are very honest, what’s a typical writing process for you?

It always starts with inspiration. Typically that comes on as a feeling of fullness, or frustration even, something needing to come out. It can be a response to something that’s happened to me personally – such as grief, or heartbreak. Or as in the case of “Power To Change,” it can be a response to a brief. But it usually begins with opening to this feeling and then going to sit down at an available instrument. Then I just thrash it out until I get something that satisfies. For further verses I might have to go on a long bike ride or walk, I find that helps with lyrics.

Other times I am just walking down the street and I get some idea and quickly record it on my voice memos. I’ve had whole songs come to me like that, I’m so grateful for that technology, I use it all the time.

I’m always discovering new music and making playlists based on my mood and the season. At the moment I’m having a bit of a funk revival, especially Bill Withers, Gil Scott-Heron, Betty Davis…I’m listening to a lot of West African music too, I love Fatoumata Diawara especially. Other uplifting female voices for me right now include Lizzo, Lake Street Dive, Lucius, Gillian Welch and Cat Power. I’m really loving Michael Kiwanuka’s songs too. And “the Mystery of Love” by Sufjan Stevens goes on a lot of my playlists at the moment. Anything happy-sad, that’s my winter vibe. With the occasional burst of power-cheer.

Your videos are a lovely mix of “vintage” footage and modern styles, what’s your creative process for them?

Hmm, I think I am still figuring that out to be honest! For “Over” I had an initial vision for the video and then I worked with director Christian Kinde to flesh it out. I spent hours going through the song and finding images for every line, to translate the song to a visual sphere in my mind. Then we put together a storyboard, list of shots and got the stylist Noemie Schelbert involved. We did the first day shoot on the beach on one of the hottest days of the year. It was stunning, but challenging, because of the heat and because we were such a small team and on a low budget – everyone did way more than their allotted jobs.

In the end I edited the film myself, as I realised that I knew exactly what I wanted, it just took a bit longer. We had always had the image of the video being set in three different time spaces, which was why we used the Super 8 footage for the nostalgic shots. The shots in the sea were the most dramatic. All day I had been dying to get in the sea as it was so hot, but by the time we got to that part the sun was going down and there was an icy cold wind. I was shaking so much I could barely sing.

You created a very powerful video for “Power To Change” with visuals from the Extinction Rebellion movement. What inspired you to put that together?

The song came as a response to a brief that was given me by filmmaker Hardy D Saleh, who had heard some of my other work and asked me to write something for a film he was planning to shoot of the youth climate change march in February 2019. I said yes, straight away, as it was something I really felt passionate about. He filmed the march for a competition called Straight 8, which requires you to shoot on Super 8, and stipulates that you don’t get to see it before you send it in. Hardy described some rough timings of what he had shot, but the rest I had to imagine. What really helped was that he took some interviews with the kids about why they were protesting. I sat and listened to these and then the song arose almost straight away. It was so touching, inspiring and provocative all at the same time.

I’ve got another single coming out in March, which I’m excited about as it’s a different direction and I think it’s going to lend itself to remixes and possibly further collaborations. I’ve got some gigs coming up as well, and I’m really looking forward to playing live more this year. I’m also recording new stuff as I find that this is the best way to keep inspired and balance out the work of management and promotion. I am most happy when I’m involved in the creative process, pushing the boundaries and exploring new possibilities. 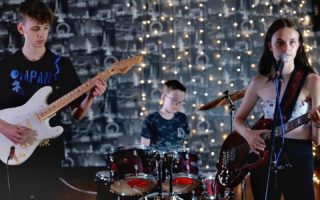 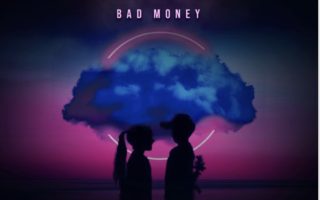 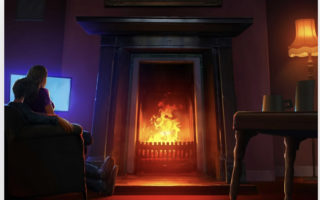